Disagreements are a natural part of any close relationship. It is how you deal with those differences that determines the quality of your relationship, which is why it’s so important to learn effective conflict resolution early on in your marriage.

The happiest and most successful couples are the ones who’ve learned how to control their anger in the heat of a fight and how to disagree respectfully, without tearing each other down in the process.

5 Anger Management Tips From the Sunnah

One of the most beautiful aspects of Islam is that it doesn’t try to eliminate the natural human emotions. It shows us how to regulate them so we can live peacefully on earth.

Islam guides us on how to control our feelings so that they don’t control us.

Anger is also one of those emotions which isn’t condemned in its entirety. Anger at seeing Allah’s commands being broken or at facing/hearing about injustice is actually commendable. It’s when anger is uncontrolled and unjustified that we have to learn to manage it.

Below are some Islamic tips from the Sunnah on how to control yourself when you’re angry.

Change your posture when you’re angry. If you’re standing, sit down. If you’re sitting, lay down.

The Messenger of Allah (ﷺ) said to us: “When one of you becomes angry while standing, he should sit down. If the anger leaves him, well and good; otherwise he should lie down.” [Sunan Abi Dawud]

2. Recite this Dua when you’re angry.

The Prophet (saw) taught his wife Aisha (ra) a beautiful Dua to recite when angry.

This Dua tells us that the root of anger is in the heart, and we should actively try to purify our heart so we don’t act on every single emotion that we feel.

Keep reciting Audhu Billah, because Shaytan rejoices when we’re angry and wants us to cause as much harm to our relationships and Imaan as possible. So similar to counting to 10, recite the following repeatedly until you calm down:

Pro Tip: Reciting this sentence works miracles for calming down an angry child as well!

4. Drink water or do Wudhu.

When you’re angry, drink water or go do Wudhu. Water has calming properties which will counter the heat of anger and help you think clearly again.

The Messenger of Allah (ﷺ) said: “Anger comes from the devil, the devil was created of fire, and fire is extinguished only with water; so when one of you becomes angry, he should perform ablution.” [Sunan Abi Dawud]

5. Build a house in Jannah rather than win.

In the heat of the argument, if you can remember just this one Hadith, it will be so much easier to gain control of your anger and calm down:

8 Tips to Resolve Conflicts in a Marriage

Research shows that even babies can pick up on different tones and that they start showing signs of distress when their parents argue. Naturally, older kids can understand your words clearly and hearing you and your spouse argue is an awful experience that makes children feel bewildered and anxious.

No matter how angry you are, hold your tongue in front of your kids. Don’t let them grow up to have vivid memories of their parents’ arguments and fights. Wait for them to be out of earshot or fall asleep before you go ahead and express your disagreement.

2. Go to sleep with a clean heart.

Learn to go to sleep with a clean heart. I know how difficult it can be to forgive when you’ve been deeply wronged, but holding on to that anger and resentment only hurts you further. Forgive everyone who’s wronged you for the sake of Allah (swt), and your heart will feel so much lighter.

Even research shows that people who forgive others tend to sleep better!

When there’s a specific problem that’s bothering you, it’s imperative that you stick to it and resist the temptation to bring up every single issue you’ve ever faced since you two got married.

Arguments escalate and reach from 0-10 in seconds when you bring up old grudges!

Not only will the current problem persist, but you two will also get angrier and more hurt if you keep bringing up past conflicts.

No matter how angry or upset you feel, you must respect your partner at all times. In the heat of the moment, it can be all too easy to forget that you’re addressing your spouse, the love of your life and your biggest supporter. Don’t let your tongue loose and voice whatever comes to mind.

You can never take back what you say, so practice the Sunnah anger management tips mentioned above and be careful with your words.

Respectfully managing your quarrels and disagreements is an essential art that must be mastered as early in the marriage as possible! You can’t develop a strong relationship without it.

Practice phrasing your hurt sentiments in this manner, and you’ll be amazed at the difference it makes. Try saying: “When you ignored me, I felt unloved.” “When you didn’t help out in the kitchen, I felt exhausted and hurt.”

Rather than getting into a spiral argument about who has wronged the other more, you will accurately pinpoint which behavior made you feel upset, allowing your partner to fix their mistake and be mindful of not repeating it (too often) in the future.

Try keeping ‘I’ the focus of your words rather than ‘You’ which sounds as if you’re blaming the other one and starts a chain of arguments. E.g. “I felt angry when I heard you laugh at me.” Rather than “You made me angry by laughing at me.”

6. Pinpoint the feeling underneath the anger.

Let’s be honest – in most cases, you don’t even know why you’re irritated! This usually happens when you’ve been suppressing your real feelings and masking them under the guise of anger.

Most of the time, the issue is really not what you think it is. When you sit down and analyze the feeling beneath the anger, you will realize the problem goes much deeper, to unresolved resentment, hard feelings, and grudges. Your own insecurities and emotional baggage will be hiding beneath the anger.

Until you make peace with your past, it will keep rearing its head in ugly, irrational ways.

Do you want to live an authentic and balanced life true to your values and goals? Are you struggling to gain inner peace and contentment?

Find out how I can help you

We women go through monthly cycles which are proven to have a direct effect on our emotions. We all would agree that during some days, due to hormonal imbalance and PMS, we can feel indignant over the slightest thing which wouldn’t bother us at all on other days.

It’s best to stay quiet during that time and give yourself space to analyze the situation better later. Try not to take any impulsive action or decision when you’re feeling over-emotional. Many times, it doesn’t even seem like a big deal the next day and you don’t want to do something in the heat of the moment that you’ll regret later.

8. Resolve the issue. Then let it go.

The most important thing is to resolve the issue completely and respectfully, and then to never bring it up again, neither in your mind nor with your words.

If you can’t let it go, it will fester and create hatred in your heart, which can serve to end your marriage in the long term. You and your partner are human, you’re bound to hurt one another from time to time. Be realistic in your expectations and learn to forgive and forget!

I hope you benefited from this post. Which anger management tip works best for you? How do you resolve arguments in your marriage? I would love to know! 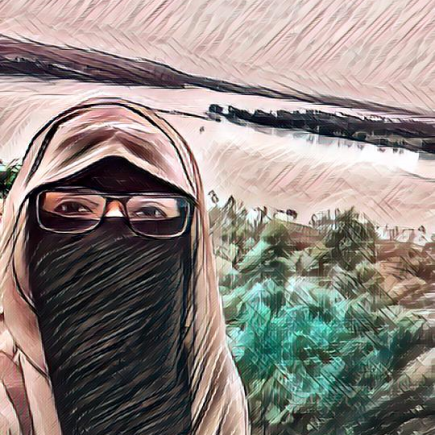 Khadija Khan is a wife, mommy, certified life coach, and Islamic counselor. She is passionate about helping Muslim women reach their goals in all areas of life. She writes about things like Islamic spirituality, relationships, parenting, and personal development. Continue Reading…

Effective Strategies for Coping with a Mentally Ill Parent

13 Islamic & Psychological Tips for the First Year of Marriage